Your RV Needs A Portable Ice Maker. Here’s what we recommend.

In June, we spent eight days at Big Chief RV Resort in Burnet Texas. It was HOT there. The temperature was over 100° most of the day, every single day. When it’s that hot outside, even the cold water coming in from the ground can be scalding hot – especially while the water that’s been sitting in the sun-baked hose cycles through your pipes. Under these circumstances, maintaining a sufficient stockpile of ice became a top priority and the two ice trays in our Airstream’s freezer simply weren’t up to the task. For one thing, it took several hours for each tray to freeze. For another, the quantity of ice they each produced disappeared almost immediately as they melted in glasses of exceptionally hot “cold” water. We realized pretty quickly that we needed a dedicated ice maker. But which one?

The short answer is that it almost doesn’t matter. I spent a few hours watching and reading reviews of portable ice makers and eventually concluded that they’re all pretty much the same. Every popular model has a collection of mostly happy fans and a small minority of disgruntled owners who insist that some other brand is inherently better than the lemon they bought. They all make ice pretty quickly. They all collect ice in an unrefrigerated basket where – if unused – they will slowly melt back into the water reservoir. They all seem about the same size and are mostly within the same price range. You could just pick one based on looks alone and you’d probably be perfectly content with it.

That’s essentially what we did, and landed on this stainless steel Silonn model which complements the Airstream aesthetic very nicely. I also liked the large “viewing” window so I could easily see all the yummy, yummy ice as it piled up. Beyond that, the only distinguishing factor that pushed us toward this specific model was the fact that it has a self-cleaning mode. We’ve yet to use that feature, so I have no idea how well it works, but any appliance that claims to clean itself automatically gets an extra boost in our purchasing decisions. As soon as this thing arrived at Big Chief we put it into immediate ice making action and what a relief it was! Every six to eight minutes, it shoveled out another handful of ice cubes that we eagerly used to cool down our drinking water. It’s so useful that we pretty much stopped making ice the old fashioned way. Late each morning, as soon as we were ready to make our daily transition from coffee to water, we’d just park the ice maker on top of the stove and let it run all day long, occasionally relocating the freshly made ice to drinking glasses or the ice bin we keep in the freezer.

If you like taking your RV out in hot weather conditions, I highly recommend buying one of these portable ice machines. I think you’ll find that it quickly surpasses luxury item status and moves firmly into the sacred realm of “must have” RV equipment. Our Silonn only cost about $120, and most of the models we looked at were within $25 of this price. It was worth every glass of ice cold water we drink on those fiery hot RV days. Click here to get one for your rig! 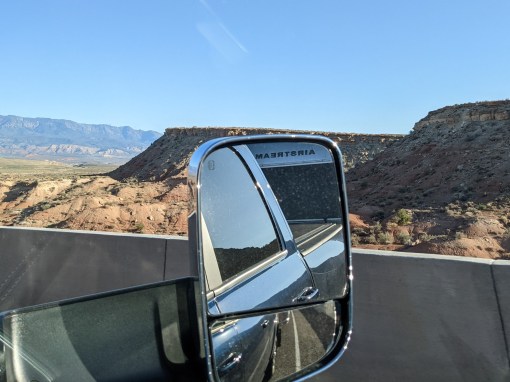 A comparison of the two most popular road trip planning tools, from an RVer’s perspective. Which one is right for you?

END_OF_DOCUMENT_TOKEN_TO_BE_REPLACED 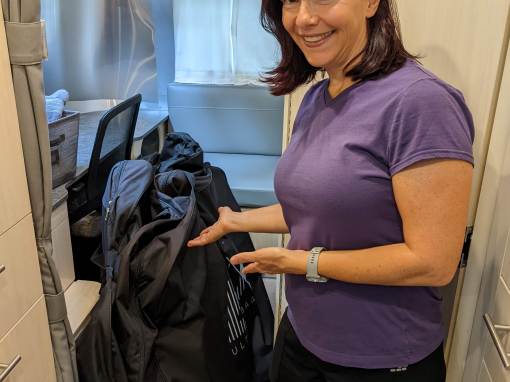